During the 1800s, Captain Matthew Grose was a prominent figure in the Isle of Man lead, copper and silver mining industry. From newspaper reports it is clear that he was also a popular and beloved member of the local community.

With ten siblings, two wives and sixteen children – this post will focus on his family.

His mining career will be covered in another post. 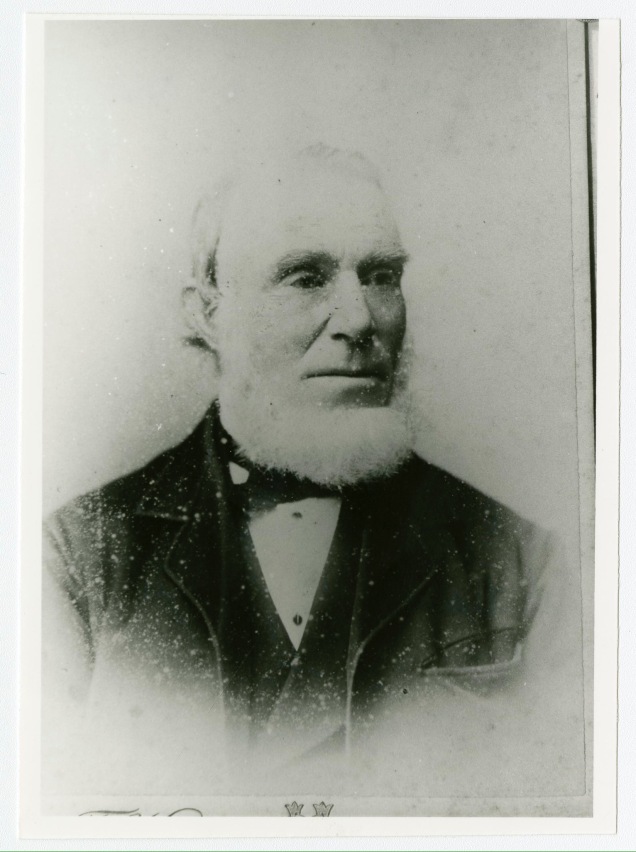 Photograph of Captain Matthew Grose from around 1880, courtesy of Manx National Heritage

Many other family members were involved in mining and engineering in England and the Isle of Man. His father’s cousin was the famous engineer Samuel Grose (1791 – 1866).

His aunts were married to Henry Francis, Absalom Francis and Obadiah Ash.

Many of his brothers and brother-in-laws were engineers, mine captains and agents.
Matthew Grose moved to the Isle of Man around 1828, at the age of nine where his father became a Mine Agent at Foxdale Mines.

He had 4 brothers and 6 sisters:

Matthew Grose died on the 11th October 1887 and was buried on the 14th October in Rushen, Isle of Man. Interesting that this newspaper spells his property Beal-e-Vere whereas other records have the more ‘manx sounding’ Ballavayre!

Most information in this post (but not quite all!) concurs with that within the fantastic ‘Lawson Spouses’ research papers of the late Brian Lawson. Some differences are because other records have been discovered recently.

View more records from the Isle of Man Museum http://imuseum.im/search/all/search?tab=all&view=&term=grose&sort=&size=20&images=